There are so many reasons to celebrate your imperfections. I know I joke about this all the time. From my obsession with chocolate to my issues with Spanx, the list goes on and on. But I have to say it’s also important for you to remember the fabulous stuff about yourself too. The good things. I write about how I rediscovered the good stuff in my latest Ask Mom OnlineRI.com column. Thanks for “listening” as I share more about my experience with The Revelation Project. Being a part of this amazing photography and social media “experience” actually helped me grow as a person and overcome my insecurities. Learn more here at this link to OnlineRI.com. 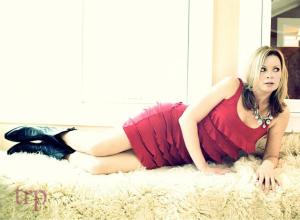 “I don’t think I want my play kitchen anymore,” my daughter announced while we spring-cleaned the basement the other day.

I had to leave the room to collect my thoughts. (And weep quietly in the bathroom.)

I may be walking around with a smile on my face this week, but I cry a little inside every time I think of that moment. Not just because of the dreary weather (well, maybe) or my erratic hormones (well, that too), but because I’m realizing that my little girl isn’t so little anymore.

She couldn’t mean the plastic gourmet play kitchen that she used to “slave over” when she was a toddler? The one with a “working” stovetop, beeping microwave, faux hardwood floor and other cute mini-gourmet-culinary accessories?

I still want to play in that kitchen.

How could she NOT want to play in it anymore?

The fact that this mini-kitchen is nicer than any kitchen I’ve ever owned is beyond the point. Or the fact that if I sketched a Randy-to-the-Rescue blue print of my dream kitchen, you’d pretty much see THIS KITCHEN.. in white. And the fact that I’ve actually pretended to make bacon and eggs on the stovetop that makes an unbelievably cool boiling noise and brew a pot of coffee in the pretend coffee maker that actually sounds like a real coffee maker is also beyond the point.

What kills me… is that my daughter getting rid of this play kitchen symbolizes the beginning of a new phase.

I realize my baby is growing up. But she’s 9.

Can’t she hold onto it a little longer?

My best friend and I played house…until we were WAY too old to play house.

We actually turned her mom’s garage into an imaginary world – we transformed half of it into an apartment and the other into a school. We were like Janet and Chrissie Snow without Jack, but we were teachers in Clear Lake City. We would play school for hours and then go back to our “apartment” while listening to the Go Go’s and Foreigner. And, yes, our older siblings and their friends totally made fun of us for playing pretend straight through fifth grade. They still do, to this day.

But we couldn’t help it. We were kids. And it was fun.

It’s not that I don’t want my daughter to grow up. I want her to grow up and be everything she wants to be in life.

I just want the growing up part to slow down a little.

I should be thankful that she still likes to play dress up. She still plays with her American Girl Dolls. (I no longer have to take care of them while she’s at school.) But she doesn’t want the kitchen anymore.

What if we remodeled it? Maybe THAT would change her mind? Re-vamping the cabinets and re-finishing the faux hardwoods?

I’m all about ringing in the New Year in style. I mean, we stayed in and watched New Year’s Rockin’ Eve on TV and kissed when the clock struck midnight. The next morning, we cheered on my husband as he took the Penguin Plunge! But as far as New Year’s Resolutions, this year, I’m just saying NO. I’ve had it with all the “New Year, New You” guilt. I work out…and eat dessert. So shoot me. I’ve decided this year, to do away with New Year’s Resolutions. I’ve resolved to be at peace with myself. Yes, this year, it’s all about accepting myself and all my imperfections. (I’m enjoying a handful of semi-sweet morsels right now, in case you’re wondering, but I did work out this morning.) So far, I’m loving every minute of my decision! Check out my latest AskMom OnlineRI.com column to see why you should too! https://onlineri.com/articles/ask_mom